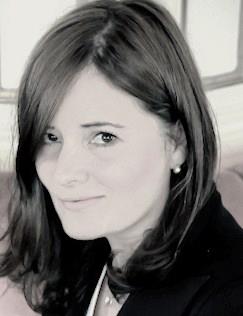 T he grand “W ” for wedding” has entered my life on a sunny Saturday of April 1995. Freshly graduated from Merici College in Hotel Management, I joined the opening team of the Maplelawn Café restaurant, located in the Westboro neighborhood of Ottawa. This Georgian residence surrounded by stunning gardens was the perfect place to celebrate the beautiful moments of life. Upon opening, the many marriage proposals in the gardens gave way to small, intimate weddings thereafter. It is there, surrounded by the scent of flowers and fresh ingredients of the day, that  I had the opportunity to plan my very first wedding. We, employees of this bucolic restaurant, quickly formed strong bonds; that’s when I became aware of the key role related to each specialty specific to the reality of a restaurant.  A typical day … it did not exist at the Maplelawn Café! Seven a.m. – I would accompany Chef Robert to the famous ByWard Market. Upon our return, the sound of knives and forks as the servers were preparing for lunch which would be served at the terrace under the majestic maple trees. Back in the open kitchen with fantastic views of the grounds,  I would watch the pastry Chef apply the finishing touches to a wedding cake. Come nighttime, on occasion, we had the privilege of welcoming the Canadian Prime Minister for a tête à tête dinner. Just like a theater play, our days were filled with various scripts and we were happy to oblige as the actors.

March 1997. Fairmont Chateau Laurier offered me the opportunity of a lifetime for any young woman passionate about weddings … the chance to develop, contribute and learn in this iconic Ottawa hotel, where many and lavish weddings and receptions are celebrated. As the city was known for its rich and diverse heritage, I soon began planning several multicultural marriages! From the importance of the tea ceremony during a Chinese wedding to the traditional Hindu marriages where the couples sometimes agree to let their parents select their future spouses, not to mention the crucial role of mashgiach in a kosher kitchen!  My vocabulary was  quickly enriched by words such as mendhi, ketubah and the festive mazel tov!

At the dawn of 2000, my return to this city with the European charm that is Quebec, my city, my home. A second castle was waiting for me; Fairmont Le Chateau Frontenac. As soon as you enter, you will feel a certain decorum influenced by years of tradition and a rich history that unfolds over the hallways. My mandate, throughout 1999, was the planning of the celebrations surrounding the welcome of the new millennium festivities. Upon my arrival, I met various talented  Quebec artists, as they were providing part of the animation. As well, a brigade of employees loyal to the Castle for many years, on whom I could rely to share many advices and best kept secrets! One of these employee who was in charge of the Chateau’s wedding market gave his reverence after a 42-year career at the stroke of midnight on January 1st of 2000. I then quickly reconciled with my first love of  weddings and social events by accepting this new mandate. Soon after, I became acquainted with this phrase so often heard … la vie de Château! The castle lifestyle! In fact, it is a sweet way for the citizens of Quebec to share their own Chateau story… First rendez-vous, first job, first end of the year family dinner in the grand Ballroom, first dance, first love, the will you marry me and the joyful OUI je le veux! I had the privilege of listening and absorbing these stories that were shared to me such as a look into the Chateau’s personal diary.

Listening I believe is the key ingredient of success in the event planning field. It generates inspiration, ideas, creativity and makes way for a detailed planning.  The art of seizing a dream, a fleeting vision that is then sub-divided into various actions, exchanges and decisions. From the selection of the cocktail to the late night delicacies, the table assignments which often is worthy of a chess game, the decor which must be more than beautiful: it is an invitation to be seduced. And on a final note, the music which is one of the most important aspects at any event as it conveys with us the emotion of the moment. When all these elements take shape and concretised before our eyes, the end result is like the last act of an opera. The grand finale, where a client’s appreciation is often revealed by their starry-eyes, that, is the greatest satisfaction.

Spring 2013, I find myself writing my biography and becoming aware on how time flies. That is precisely what convinced me to take a chance in the name of my passion. To build my company, and use my resources and knowledge to offer a new wedding concept; the planning of intimate, destination weddings known as  “elopement” by many Anglo-Saxons. Couples, planning a wedding on their own or accompanied  by  a few loved ones too often describe their wedding as “just a small wedding”. Deep down, they wish to celebrate and include many of the traditions and details that are part of any larger scale wedding. As of now, these couple may contact me to confirm their intimate wedding; from the preparations of the day, the ceremony to the wedding dinner, I will be creating just for them in mind a customized offer for their special day.

My playground (yes, pleasure is an important part) is the province of Quebec who has charmed many lovers over the years. Its capital with the European architecture, its culture, its local gastronomy, its Chateau and its charming diverse regions will  inspire me to create unique moments in enchanting Quebec! 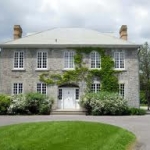 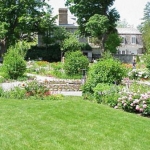 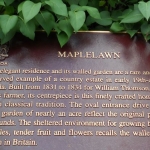 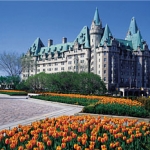 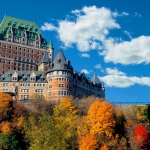 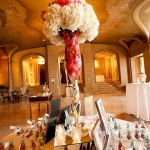 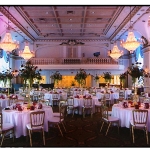 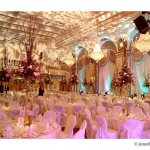